Everoy Farqharson, 31, a private security guard in Tampa was caught on camera firing gunshots at a group of men he caught urinating in the Ybor City parking garage. 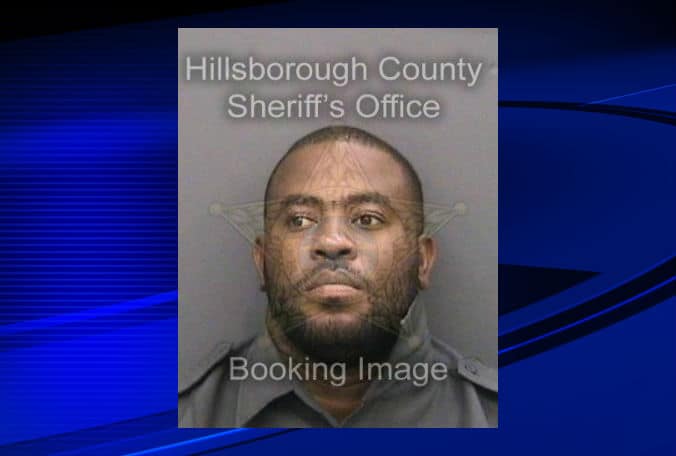 The incident started when Chris Pino and Kevin Withcer peed in front of their car in the Ybor City Parking Garage. They were with a female companion, Megan Zetterberg. Farqharson then was on duty when he saw them and the confrontation got out of hand.

The cellphone video showed when the group had just gotten back into their car as they were about to go home. The guys relieved themselves infront of the car. That is when Farqharson blocked them with the use of a golf cart while they were about to leave the garage.

Zetterberg was driving and Pino started to record the incident on his cellphone. You could hear gunshots in the footage. She put it in reverse and started to drive away when she was stopped by another car that is also exiting the garage.

Farqharson then caught up with them. He swung the car door open and pulled the keys off the ignition.

“It all happened so fast, I didn’t really have time to think,” said Zetterberg in exasperation. “I didn’t know what to think, I thought, I don’t think he can do this.”

Tampa police authorities said that the security officer do not have the right to detain the group or anyone inside the parking garage.

Thankfully, there were no physical injuries but the shooting incident proved to be traumatic for the victims.

Security guards should be well-briefed and trained in handling such incidents; they should fully comprehend the duties and responsibilities charged on them as a security guard. Urinating inside the parking garage does not warrant any use of firearm or other forms of violence for apprehension. Warnings should be issued with calmness and not resort to firing of gunshots or undue detention.