The incident that happened on December 23, 2015 (Wednesday) at 5 p.m. made Nathaniel McNeil a hero security guard because of his fast intervention of an attack made to a 30-year-old man. For all the praises he got, he says he is “just doing my job”. 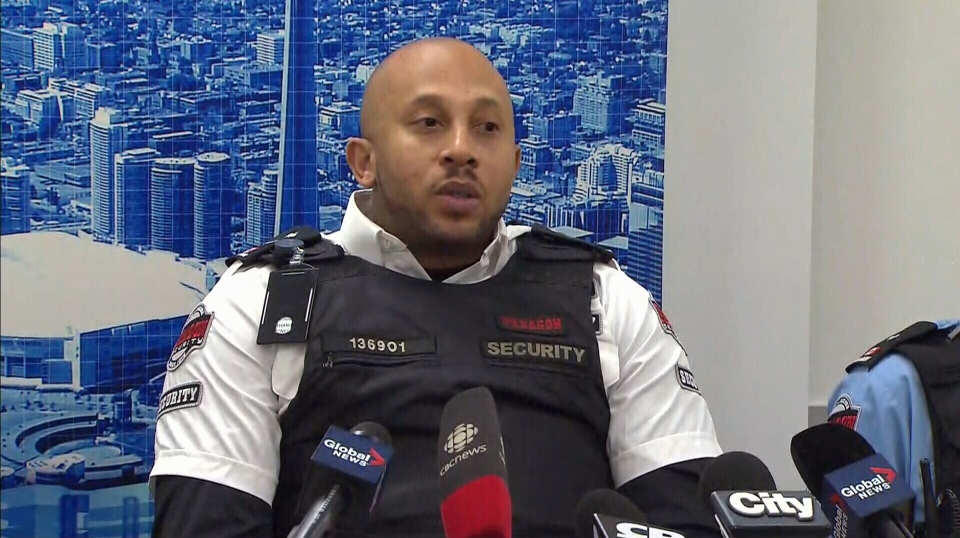 McNeil together with Phillip Bonaparte, his partner, immediately took action after hearing reports of an attack involving a man with a machete.  The victim suffered injuries on his head and leg. The incident happened near the front entrance of the office and retail complex at Dundas and Bay streets.

Video footage showed McNeil approaching from behind the suspect and holding him down on the floor, seconds before the police authorities arrived at the scene.

He just decided on the spot or right at that moment that he had to do something fast before it’s too late. “I wasn’t even thinking about being scared, I just wanted to stop what he was doing,” McNeil told media reporters on Thursday.

Ted Salter, the Vice President of Paragon Security, said that he was very “proud of the actions” of his two employees, namely, Bonaparte and McNeil who are both very brave at that time.

“The outcome could have been much worse if the guards didn’t step in,” said Salter.

The suspect, Arlington Thompson, resident of Queens, New York, remains in custody on medical detention. He has been charged with aggravated assault, attempted murder, possession of a weapon, and assault with a weapon.

Police authorities are still waiting for other witnesses to come out in the open to shed light on the incident.

The security officers did everything by the book when they responded fast to the stabbing incident wherein a man was injured on the head and leg. They were able to disarm the attacker and have stopped the assault from further escalating and harming more people around the area. McNeil and Bonaparte worked very well as a team which led to the easy capture of the suspect right on the spot.

To know more information about this story, check out this news article.