According to the “Houses of Worship Security Practices Guide” released by Homeland Security, 19% or 1 out of 5 hate crimes are motivated by differences in religious beliefs. Houses of worship are a tempting target because it is easy to assume that every person there shares the same religious belief.

What Makes A House of Worship A Target?

Besides the differences of religious belief, houses of worship make ideal targets because:

If the perpetrator is targeting followers of a faith system instead of a single person, houses of worship are the ideal target. Assembly schedules are also rarely hidden, and they are even promoted on social media in some cases. If they want to do as much damage to as many people as possible with the least damage to themselves, this is the best venue.

What Are the Key Vulnerabilities of A House of Worship?

The ideal atmosphere of a house of worship is that of a welcoming community. It’s not a club that requires an ID for access, or a store where you need to check out. Guests tend to be welcome, whether they are introduced by a current member or just walking in on their own steam.

The best-laid security plans will never hold up to a situation 100%. When training employees and volunteers, stress the following principles:

After calling 911, you need to give law enforcement time to arrive at the scene. Whether you are evacuating, locking down, or sheltering in place, remember that it’s best to do whatever you can to lessen the threat until they arrive. It’s also important not to underestimate threats or take them lightly, as long as no one causes panic. If an actual threat is made, take steps to prevent it.

It would be simpler to put the security practices into steps or phases, but the truth is they usually run parallel to one another.

To simplify crisis response, the Incident Command System (ICS) should be put in place before anything else even happens. While the official ICS is strict and clear, a house of worship can maintain a very simple one.

Security practices sound very operational, but for those in a crisis, they look immediately to people to know what to do. For example, the perceived religious leader in the assembly, whether a speaker or the main facilitator of the event, should know the crisis response strategies. They are the first voice of command to the attendees.

If the religious leader is the target and needs to be taken from the room or area, the person giving instructions should be an obvious person in command. They need to be head of security or another religious leader. It helps people respond faster if they trust the person speaking.

Every house of worship represents a community, whether geographic or religious. To reduce the number of people who might be affected and increase the time for law enforcement to arrive, prepare the communication in advance. 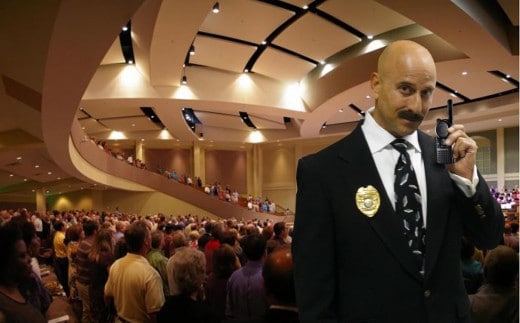 Of the incidents at houses of worship, 70% are outside (surrounding streets, parking lots, facility area), while only 30% are inside the assembly place. This 70% can be controlled with adequate lighting, regular security presence, and locked gates and windows. This limits any potential perpetrators to the much more difficult 30%.

There are three kinds of crisis response:

As long as your Incident Command System and communication plans are laid out, you can already discover and decide which crisis response is appropriate given different scenarios. The responses are different for each house of worship.

It may make some houses of worship feel uncomfortable to run security drills, especially given the welcoming atmosphere they want to have. However, drills are key to swift response in a crisis.

Who should be involved?

You can start with tabletop drills to get everyone’s heads in the game, but regular drills in the facility should also be carried out. Everything should be practiced, even what should be announced on social media and what can be said to the press. It’s crucial to buy time for law enforcement and delay the potential threat as long as you can in a crisis. 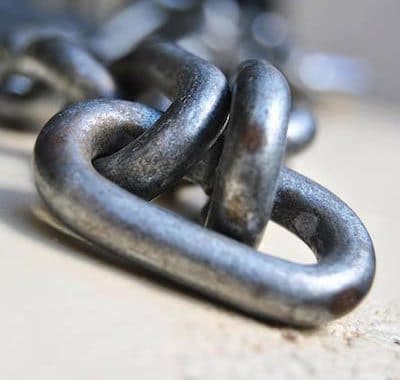